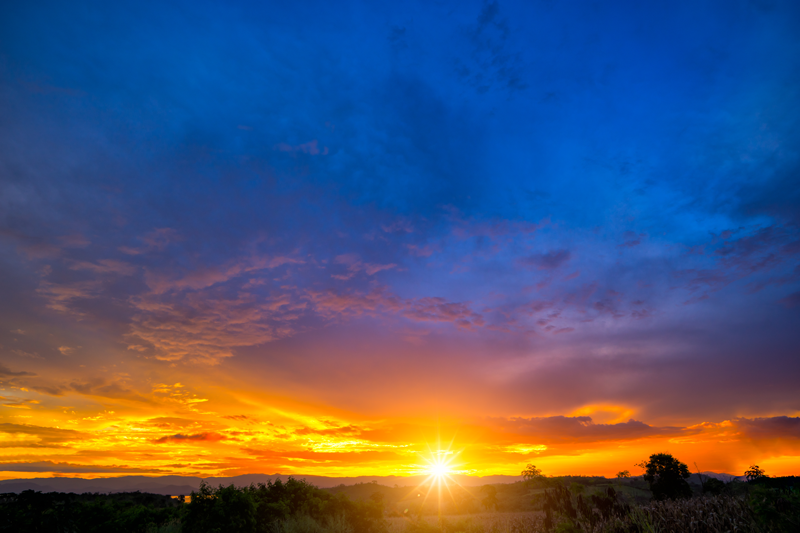 In an essay on developing a framework for ethical leadership, Lawton and Páez (2015, p. 639) note that the need for ethical leadership has increased in recent years. In their analysis, the researchers construct a framework noting the who, how, and why of leadership ethics, and define a tripartite series of questions about ethical leaders and their characteristics. Next, they ask why leaders are motivated and what they do. Finally, the researchers look at how such leaders achieve their goals (p. 640). In this analysis, a vision may be seen as a means of bringing forth the future and enacting what we see as good (Ciulla, 2005, p. 325).

The ethical leader needs to create standards over and above those considered normal or acceptable in any profession (Carlisle & Manning, 1996). Yet, for such a form of leadership to be valid, it is not acceptable to merely be a good leader in a moral sense; one must be an effective leader (Lawton and Páez, 2015, p. 640). As Ciulla (2005) argues, even the most effective technical leader is more likely to succeed if they have a foundation of moral excellence that combines virtue and skill (Macaulay & Lawton, 2006).

I see a world where all individuals can compete openly and fairly with every other person and strive to educate themselves if they so desire. The world that I seek to help develop is one where the various people around the world can each engage openly across international boundaries, while maintaining their cultures and aspects of their society that make them different, and while equally reviewing those aspects of culture that are problematic, to ensure that we all grow in moral virtue. Each individual is thereby allowed to grow in knowledge and educate themselves on the foundations of rational society and to understand and tolerate others.

Through the toleration of difference and the rejection of that which is unjust, all of us can engage in open discourse and free communication to build a better world. Of course, people across the globe have different values, and the nature of what is good can be seen differently in different cultures and societies. Yet, there are always ways of measuring good and seeing where contradictions lie. We may find such principles as Aristotle’s law of non-contradiction (Dancy, 2012), which allows us to test truth across a range of values and discover what is best. I envision a world that allows people to maintain their privacy, while equally ensuring that the ability to commit fraud or untruth is made as difficult as possible.

While it is not possible for any individual to change everything, it is possible to make fundamental changes in society that will create ripples across time. For example, more than thirty years ago, I started to see and understand that the issue of fraud and the lack of ethical reporting and leadership have cost the world both economically and in terms of health and in setting the underlying values of society. We have experienced countless financial issues through a series of ongoing frauds and unethical business practices, including WorldCom, Bernie Madoff, Libor manipulation, Theranos, and Wells Fargo.

Such activities cost the global economy and the investors in the systems billions of dollars annually (Herath & Walker, 2019). But, more critically, the corporate failures and frauds have consumed savings and impacted the lives of millions of people around the world. For example, Sheikh (2020) reported that financial statement fraud has resulted in a mean loss of over US$800,000 per US firm, per incident. In addition, asset misappropriations have led to reported losses with a medium cost of over US$114,000, with over one for organizations in the United States having experienced losses because of fraud.

It is necessary to train ethical leaders, but doing so alone remains insufficient and will not enable combating the increasingly excessive fraud rates. Consequently, during the late 1990s, I began working on solutions to this problem, seeking to develop a methodology that would enable corporations to maintain a single provable set of books. Unfortunately, in instances such as those involving WorldCom and Bernie Madoff, the various actors used multiple sets of accounting records to maintain their fraudulent activities, reporting false values to investors, regulators, and government authorities. If it were possible to provably demonstrate a single set of books or accounts, many such frauds would not have occurred.

As a result, I have worked to implement a technical solution designed to deliver a global database that can act as a source of truth (Sarolta, 2019). To achieve this, I worked on developing an immutable distributed database that had economic value and would be publicly verifiable. After completing more than 10 degrees, including master’s qualifications in international commercial law (LLM), several degrees in network science and computer science, a master’s degree in statistics, and multiple qualifications from technical organisations, including the SANS Institute, I started developing the foundation of a system I announced in 2008 and called Bitcoin (Wright, 2008).

While the system is primarily an electronic cash system, the underlying script and transaction data within the protocol allows for Turing-complete computations (Wright & Savanah, 2021). Such computational capability can be achieved either by creating complex scripts (Wright, 2017) or, more simply, through the deployment of oracle-based agents that integrate actions using feedback against the blockchain system (Wright, 2019, March). Furthermore, the ability to integrate transactional scripts with an unlimited computational capacity (Wright, 2019, September) means that Bitcoin may be used not only for electronic cash but for recording complex information and records across a wide range of industries.

In extending such a system, it becomes possible to implement a single set of values that can be proven correct across all industries. It is possible to demonstrate that criminal activity is economical in white-collar scenarios (Wright, 2010). From there, it becomes possible to deduce that the increase in cost in avoiding detection and facilitating crime will reduce the amount of criminal activity. With this economic concept in hand, I have been working on the development of solutions for businesses using the Bitcoin blockchain, which I released in 2009, and interfaces that will allow for the secure and accurate recording of data in a way that minimises fraud (Wright, 2021).

Achieving such goals requires that I lead the development and implementation of the protocol and fight to have it accepted and implemented across reporting platforms and accounting processes globally. Unfortunately, Bitcoin was misused for criminal activity (Trautman, 2014) shortly after its release. At the same time, the protocol proved resilient, allowing for tracing illicit funds (Fleder, Kester & Pillai, 2015). As such, the original concept that I had envisioned, of a system that makes fraudulent and criminal activity more expensive, had been proven to be possible.

Yet, it is necessary for me to take control of the protocol I released and govern the path of the technology I created that is following. For the same reason, I have instigated several lawsuits globally (Button, 2019) that will aid in educating law enforcement and setting the necessary precedents that will define how regulators and law enforcement understand Bitcoin going forward. As the creator of the system, I have a deep understanding of how it works. Because of this, I can file patents protecting innovations that extend my platform (Katopis, 2021) and guide the development path of blockchain-based systems globally.

My purpose is to ensure that the technology and protocol I created and released into the world are used in a manner that benefits humanity. Bratspies (2018, p. 5, 18-48) demonstrates that the claim that trust can be replaced by blockchain technology is overhyped. Such a claim is not something that I believe in and one I have been arguing against (Wright, 2021). While there are individuals who tout the claim that code is law (Yeung, 2019), it is important to remember that Timothy Wu (2003) demonstrated the fallacy in such a position while debating the prior claims of Lawrence Lessig (2000). Importantly, contracts cannot be valid without people, whereby trust cannot exist. The need for trust is not a feature of technology, and the desire to replace trust is a desire to replace humanity.

Proverbs (ESV 11:1) say, “A false balance is an abomination to the Lord, but a just weight is his delight.” To this end, I see that it is necessary to create a global system that will stop organisations from tilting the balance against society. My goal is to promote the deployment of Bitcoin and blockchain technology throughout the global financial system to reduce the opportunities for fraud. The fraud triangle model has been used to predict fraud within corporations and governments (Roden, Cox & Kim, 2016). Creating a system that records every transaction on an immutable distributed database that cannot be altered and that may be publicly verified will reduce the opportunity to engage in fraud. With reduced opportunity, the ability to commit fraud becomes more difficult.

In promoting and distributing solutions based on distributed registers and contracts that cannot be fraudulently changed or altered (Wright & Savanah, 2021b), I strive to create a world where fraud is less prevalent. In implementing a series of controls that may be used in regulating financial systems, I aim to reduce the incidence of fraud as committed by WorldCom or Enron in the future. To this end, I must lead others, including government and regulators, to understand the technology I created and dispel the mythologies that have evolved to promote illicit use and hide the benefits that the technology can bring to society.

My values are defined in the manner of liberal classical enlightenment. In some ways, they would mirror the values attributed to writers such as Adam Smith (1822) and John Locke (1997):

The order in which I list them is also important. Freedom is critical, but it is also necessary to remember that freedom is limited. The highest picture freedom must be measured against negligent actions and exclude thoughtless licentiousness (Smith, 1822, p. 401). Truth must be rationally measured, and while none of us knows what is true in complete form, we can, over time, find better and better approximations of what is true in reality and what may be seen as right. Equally, it leads to justice. David Hume (Harrison, 1981) presents justice in an empirical form, noting that the law is not innate and must be habituated. Justice, as Aristotle saw, is that which delivers the good (Von Leyden, 1985).

In understanding each of these concepts, we must be logical and rational and find a balance that delivers the best outcome while not allowing us to sacrifice our integrity. For example, Scruton (2007) noted that each person has their own views of beauty and aesthetic realism. Yet, there are underlying factors of the good that are universal across all humanity. To me, we should seek to ensure a balance between the individual’s rights and maintain freedom while creating an open and just society. In this, the search for truth and good is paramount, and we should use the facilities of rational thought to achieve such an end.