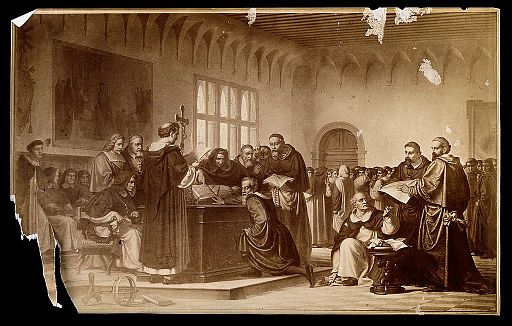 Humans are naturally inclined to seek compromise (Baume & Novak, 2020, pp. 70–71), which is a well-studied psychological condition (Radosavljevic, Andelkovic, & Panagopoulos, 2014). Because of the imperative to belong, many of us simply believe that the truth must lie somewhere between or in the middle of two arguments (Wendt, 2014, pp. 475–480). Yet, the commonly held belief that compromise can exist between all positions is held in error. In democracies, for instance, a balance of ideas can be arrived at through a consensus-based process. Truth and science are not democratic processes. In 1610, Galileo wrote a treatise noting that an explanation of the solar system placing the sun in the centre, rather than relying on the prevailing method of calculating a convoluted path of mixed planetary convolutions, allowed for a simple near-circular product that made an analysis of planetary positions far simpler. Galileo was compelled under torture to repudiate his assertions that the earth circled the sun, instead of the converse. E pur si muove, or, “still it moves”, is reported (Hawking, 2002, p. 396) to be Galileo’s final recalcitrance on the same point.

Just as choosing to believe that the world is flat and that the sun circles the earth would be erroneous if many people argued it, assuming that the interest is somewhere in the middle or the golden mean remains equally false. Truth is not determined by popular belief. Although none of us can achieve any result that perfects truth, we can get close. Both philosophical logic and modern scientific analysis allow us to look at a variety of separate premises and to find answers that come closer and closer to the truth. Science is a method. It does not answer all questions; more importantly, it merely approximates the reality we seek to explain. Yet again, over time, as we improve our techniques and gain more evidence, the scientific method allows us to get closer and closer to the truth. Some, such as Thomas Kuhn, have argued along similar lines, believing that science changes in paradigm shifts (1962/1970). A system as proposed by Kuhn would allow science to exist within a reality based on compromise. But, Kuhn’s concept of science was self-refuting, and has been repudiated by his own statements. One example would include relativity. Kuhn argued that structures such as relativistic physics had been introduced through a process of generational change, but the evidence stands against him. It was not paradigm changes and the shift of generational weight that brought in support for Einstein’s theory of relativity; it was the weight of evidence when experimental results demonstrated the theory to be sound (Rovelli, 2019).

It has become popular to argue that no truth exists, or rather, that we each have an individual truth (Marsh & Furlong, 2002). In a world without truth, it is argued that we cannot deal without compromise. And it has been argued that those who fail to compromise or to meet in the middle are obstinate and recalcitrant, seeking not the best for society (Gutmann & Thompson, 2014), but to promote themselves. Such a position would seem to put diversity above all else. Should we consider blind obeisance to conciliation and harmony at all costs? Where, through little more than a lamentably flawed argument to the contrary, the path to appeasement overrides knowledge and science and all of the values that have created the only enduring golden age in human history, should we compromise? We live in a time of unrivalled prosperity, freedom, and growth; all of it comes with conflict.

A more critical question that is begged through the promise of avoiding conflict at any cost lies in deciding whether a conflict is an ultimate evil that must be avoided no matter what the consequence. It was such a position that was held by Prime Minister Chamberlain in the 1930s. When Chamberlain flew to negotiate with Hitler in Berchtesgaden, the creation of the Munich Agreement was a direct result of seeking compromise above all else (McDonough, 1998). If Neville Chamberlain had opposed the German expansion into the Rhineland, World War II would have been abated (Phillips, 2019). With all that occurred, and with the knowledge of the atrocities that occurred, and of the spiralling nature of what could have remained a small but containable conflict, some would revisit the actions of Chamberlain and then, later, Churchill (Bech, 1989). After World War II, appeasement became a dirty word (Lord Strang in Lanyi, 1963). It seems we have forgotten the past, and, in deviating from the lessons of history, seek to make a compromise at any cost, even when it is far from what can be considered respectable.

The argument that conflict may only be resolved if both parties are prepared to compromise is one that contains a logically flawed premise. The idea is itself an absolute, yet it is an unquestionable view proposed by some (Golding, 1979) that acts in opposition to the nature of absolute truth. The juxtaposition of an unequivocal statement refuting the existence of absolutes is logically inconsistent. As Pauli put it, it is not right; “it is not even wrong” (Peierls, 1960).

As was introduced above, another word for unilateral compromise is appeasement. Placation is not something that leads to security, but is instead a slow corruption that eats at the heart of powerful nations and makes them weak. It is not merely nations but corporations and even individuals that lose out through compromise and appeasement. We may not always know the truth, but truth does not compromise. If Galileo, in the full understanding and knowledge of the penalty for heretics, and with a sense that he could face retribution, had not written his treatise, much of the growth attributed to modern society may have stalled. There is a distinction between being stubborn and standing for what is right. We should all be open to new evidence. We should be available for reviewing and testing our knowledge. It is not a compromise to admit that evidence shows us when we are wrong. It is also not a compromise to change our position after being presented with better evidence than we initially had. It is not a compromise to make a win-win deal that is demonstrated to be economically rational. To compromise is merely to give up one’s position based on appeasement. It is the cowardice that leads to seeking peace in the immediate time frame in abeyance of all consideration of what may come.

When one party is willing to compromise, it is the unreasonable person who wins. It takes two people to debate a position, yet it only requires one to compromise. As in the situation of Chamberlain, when one party remains immovable, and the other is willing to compromise, there is no meeting in the middle. Compromise is not based on fact. It is not based on evidence. A willingness to re-evaluate a position through an analysis of fact is rational and laudable, which is not the same as to compromise. There are times when it would seem a compromise could achieve gains. Yet such gains lie not in the compromise, but are instead the result of trading positions and negotiating a settlement that favours all parties. There are scenarios where win-win outcomes are possible, yet to believe that all conflict should be avoided and that compromise is always necessary is to fall into the fallacy of the golden mean (Lambdin, 2006). Whether we call it argument from middle ground, the continuum fallacy, or the fallacy of gray, the argument to moderation or argumentum ad temperantiam is the trap that has been set and that we in the West, in our pluralistic civilisation, have fallen into—without knowing our plight (Bukovsky, 1990). As we face intransient opponents who are recalcitrant and firm in their conviction even when faced with evidence refuting their position, our way of life is slowly eroded. Each time we compromise and seemingly appease those with ideas that would once be considered abhorrent, such that we now allow for diversity, we erode the very foundations of liberal society. It is possible to have liberal views and allow freedom while still ensuring that we are open to being convinced of another path. But, being persuaded must necessitate evidence, and not mere compromise.

Perchance, diversity has gone too far. It seems compromise at all expense in exchange for truth is not a fair trade. Those who argue we must change the meaning and use of language, and who ignore literary hermeneutics in exchange for a post-modern reinterpretation of what they seek to say people had said, are not seeking to compromise. Those whose fundamentalist ideals and religious dogma oppose Western values and freedom, yet cry “oppression” whenever their atrocities are stopped, cannot be compromised with and cannot negotiate. For, where a party will not accept evidence and will not openly discuss alternatives based on fact, we end merely in appeasement. Compromise does not resolve conflict; it only kicks the can down the road, and as it does, so increases the eventual force of the antagonism that must necessarily ensue.

Gutmann, A., & Thompson, D. F. (2014). The Spirit of Compromise: Why Governing Demands It and Campaigning Undermines It – Updated Edition. Princeton University Press.

Compromise is merely appeasement, and does not take evidence into account. It is a fallacy of the golden mean, and allows the recalcitrant fundamentalist to ignore evidence and fact entirely. To compromise is not to alter one’s position based on new evidence, but is instead to seek appeasement at any cost.